Sydney 4 February 2013. QPT, is a towing business that takes people's cars from Gold Coast holiday resorts to a storage yard and demands $330.00 for alleged illegal parking.  It is once again in the news. 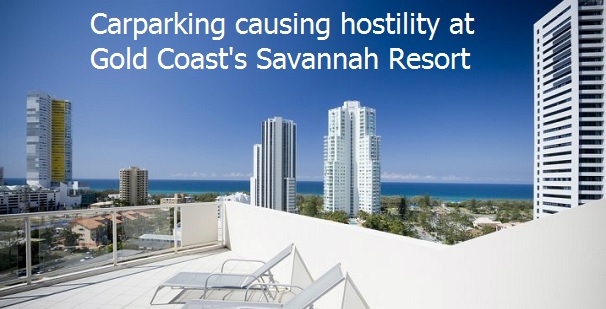 Savannah Resort in Surf Parade, Broadbeach is using QPT Towing to remove guest vehicles from its carpark and it is causing widespread anger among paying customers.

QPT is a private business that operates on the Gold Coast as parking control contractors to hotels, businesses, shopping centres and holiday apartments. On the weekend, some 15 Savannah Resort guests had their cars taken by QPT. They were obliged to pay $330.00 to get their cars back from QPT which takes them to a storage yard at Molendinar.

In August 2011, QPT was in the news when Channel Nine and NBN showed video of them attempting to take a car from a shopping centre carpark in Parkwood with the owner of the car still in it. A local solicitor called the alleged conduct "kidnapping". When police were called, QPT released the car ( and driver ). ( http://www.nbnnews.com.au/index.php/2011/08/24/police-called-to-towing-dispute/ )

The manager of Savanna Resort "Shawwal" was contacted for this story on Sunday afternoon after news media received complaint emails. Some 15 guests allegedly had their cars removed and had to pay $330.00 each to get them back.

"We had no other options. QPT is the only business that will take an illegally parked car. We use them to patrol our car park to remove cars that are blocking other cars. We have a sign at the entrance to the car park. We have given QPT a swipe card to give them 24 hour access to remove any car they want."

We asked "Do you warn guests that their cars can be taken by QPT without their permission?"

"There is a sign as you come into the carpark. We do not have enough spaces but there is plenty of street parking. We had one guest who could not get his car out and missed his flight. We had signs in the lift telling guests that they have to park in spaces allocated to them but someone stole them."

We asked "Why do you use QPT when there are reports of threats and intimidation when QPT is caught while taking a car. There are also questions to be answered about the legality of what they do?"

Shawwal replied "We have 142 rooms and only 56 car spaces"

Guests reported some unpleasant scenes as QPT removed up to 15 guest cars.

One guest said "Savannah Resort did nothing to warn anyone about this being activated. Myself and 15 or more people had their cars towed without warning."

"I walked down to our car park and the heavily tattooed guy was standing next to my car (only had two wheels on casters) wasn't hooked up or anything and I started to go to my car and he became very angry, telling me to back away from my vehicle. Again demanding the 330 dollars before I could get my car back."

"I have numerous photos and statements from guests saying "management" didn't tell them not to park where they did. As there are no "no parking" signs where people park. Last night they came and took 3 of the 6 "illegally" parked cars. Fair? I don't think so! And we have always parked in these spots as we were instructed to park here as long as we were not blocking anyone."

There were confrontations with QPT as cars were loaded on to airbags.

"Of all the "hotels" I have stayed, this is the worst customer service I have ever had. Slowly the negatives are overcoming the positives. The tattooed man got angry with a "customer" as he walked up to his car as it was being pulled out. Telling him he better stay back. When the "customer" was in fact concerned if his vehicle was being stolen or not. I'm glad I held him up as long as I did because the couple were on holidays from New Zealand and their flight was leaving this morning and it was a rental car. "

QPT and Savannah Resort are wary of people taking images of the car removal process.

"As soon as I brought my camera outside he ( QPT person ) became very hostile with me telling me that I cannot take pictures. I know I managed to get a few though"

The guest who had his car taken sought assistance from management at Savannah Resort and was disappointed with the result.

"I felt like I hit a wall once I talked to the manager at Savannah when be basically told me with a smile on his face "not my problem." At that point I realised it will have to go a lot further to receive justice."

"We need to expose the xxxx ( edited ) that is QPT, Savannah Management, and Body Corp in allowing this, and to get our money back. My car was parked in a spot without "No Parking Signs" or yellow lines, yet despite this, it was towed.  People have been parking there for months with no issue until now.

I am scared, angry and feel ripped off. We as residents want justice, and our money back, not to mention this xxxxx ( edited ) exposed. We all fear for our possessions, and any potential retaliation."

It is clear that Savannah Resort and QPT Towing have caused major disruption and heartache to guests. It is not the image that Gold Coast holiday promoters want visitors to the Gold Coast to see.

On its website, QPT claims or infers that their operations are legal because the cars they take do not touch the road. They say "Brightlake Pty Ltd. (QPT), Is a registered business to undertake the removal of illegally parked vehicles on private property.  Our revolutionary system does not damage vehicles and does not require us to gain vehicle entry, it is damage free and there is no road contact with the removed vehicle."

Their "revolutionary system"  is just an air bag that lifts a car to allow small wheels to be inserted under each tyre to allow one man to push a car to a waiting tow truck.

QPT reproduces a part of Queensland law that is ambiguous as to whether lifting a car on airbags, so that it does not touch the road, is a crime. Most of the operators towing illegally parked vehicles have to gain access to the vehicles to release hand brakes or to let the vehicles out of gear or in the case of autos, out of park. Under section 60(1) a person must not without the owners consent,

The Queensland Police Service advised through Police Media that they will not take action when QPT lifts a car onto air bags, hauls it onto a tow truck and takes it away.

The issue is whether or not Savannah Resort and QPT is stealing guest cars. Shawwal from Savannah Resort claims that a small sign at the entry to the car park creates consent from car owners to allow QPT to take their car without permission ( usually theft ). Can a small plastic sign erected on a building that may or many not be seen, cancel a person's right to protection under Queensland Law. What if people do not see the sign?  Can a car rental company ( a corporate entity with no eyes ) "see" a sign and consent to its property, hired out to tourists, being jacked up on airbags, put on wheels and taken to the QPT yard.

Channel Nine Brisbane is soon to air a report on QPT and traumatised car owners. 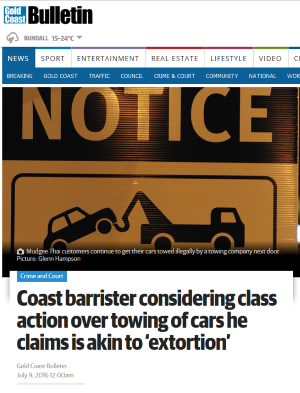 Read this article about QPT 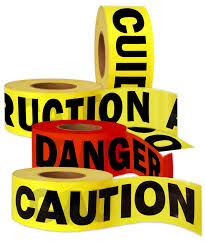